The healthcare industry plays an extensive role in Tennessee's economy contributing over $30 billion annually to the Middle Tennessee region. In Williamson County, healthcare accounts for 10 percent of total jobs and accounts for half of the county's top 20 employers. The healthcare industry is helping drive major economic growth as some of the biggest names in healthcare have planted roots here. Join us for the inaugural "Business of Healthcare Luncheon," where you will hear from industry leaders about major trends shaping the future of this integral sector in our economy. 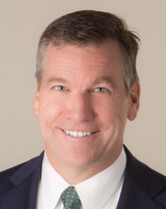 Brent Turner  joined Acadia in February 2011 and served as a Co-President of the Company from that time until April 2012 when he was named President. Previously, Mr. Turner served as the Executive Vice President, Finance and Administration of PSI from August 2005 to November 2010 and as the Vice President, Treasurer and Investor Relations of PSI From February 2003 to August 2005. From late 2008 through 2010, Mr. Turner also served as a Division President of PSI overseeing facilities in Texas, Illionois and Minnesota. From 1996 until January 2001, Mr. Turner was employed by Corrections Corporation of America, a private prison operator, serving as Treasurer from 1998 to 2001. Mr. Turner serves on the board of directors of LHC Group, Inc. (NASDAQ: LHCG), Surgery Partners, Inc. (NASDAQ: SRGY), and the National Association of Psychiatric Health Systems (NAPHS) where he currently serves as Chairman of NAPHS for 2018 and also served as NAPHS's Chairman in 2009. 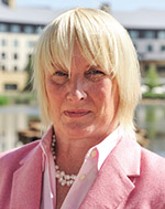 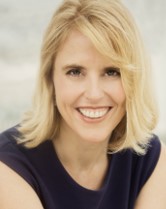 Hayley Hovious is the President of the Nashville Health Care Council. Prior to her appointment as president, Hovious served as the executive director of the Council Fellows, an initiative which seeks to engage, educate and inspire senior executives in health care.

She was appointed by the U.S. Secretary of Commerce to serve on the Tennessee District Export Council, is a member fo the Downtown Nashville Rotary and is on the board of Sister Cities of Nashville.

Paine's digital experience goes all the way back to 1995, when he helped launch one of the first Internet Service providers in Australia. Prior to joining Sharecare, Paine spent seven years in Digital Strategy and Account Management roles for the CDM Group, the largest full-service healthcare advertising agency in the USA. During that time, he led the digital brand strategy for Pfizer's primary care portfolio, including Viagra and Lipitor.

As an experienced digital marketer, Paine maintains a strong focus on aligning the Sharecare platform to client brand strategy and delivering positive ROI across all programs.

Paul Bolin has been the Chief Financial Officer of Williamson Medical Center since August 2012. Mr. Bolin joined WMC in 1994 and served as its Assistant Chief Financial Officer for more than five years. His background in health care financial management and his knowledge of the industry’s changing landscape have helped WMC meet state and federal guidelines and remain a fiscally responsible medical center for the citizens of Williamson County. He is a fellow with the Healthcare Financial Management Association and serves as president elect of HFMA’s Tennessee chapter. He graduated from Austin Peay State University (APSU) in 1986 with a bachelor’s degree in accounting.